A Life in the Life of Okechukwu

Yo. Sometimes I feel like Jay-z on Ignant shi*.

When you try to do the right thing and be a gentleman/upstanding citizen/someone positive, turn the other cheek, and so forth – certain people take you for a joke. Not understanding that this is a choice. That you’ve been the other dude. Disrespectful. Selfish. Short-tempered. Cold as a ice-cube in a polar bears coke.

Guess you can’t throw pearls before swine, and whatever other cliche fits. My patience grows thin however, and ever the investor – I’m wondering about the return i’m getting on being a “good guy”. Still trying to find the balance that works for me.

Day by Day.
Fly or Fall. 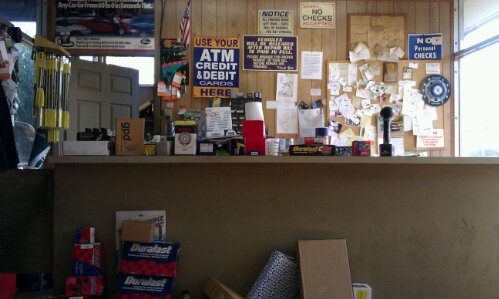 To always be what you are.

I just got new tires.

Yea, I know, Hooray for me. You’ll pop a bottle of bubbly next time you see me.

I had to get them replaced because the previous front tires were “cupped” (the term the grease monkey used) – which meant that they were making it sound like I was driving in the ukraine during the cold war. It was God-awfully loud inside my car. Cell phone conversations were just me pretending to hear what the other person was talking about, then texting them later pretending I forgot the details of the conversation and asking for a recap. (sorry J.) smh. I kept the “cupped” tires on for awhile because even though they were noisy, they really weren’t dangerous – just loud and annoying.

What? Why the face? Your not interested in my car troubles?… hold on,hold on – I’m getting to the point. geesh.

Anyway, after they replaced my tires and I started on down the road toward home, I literally was shocked at how quiet the ride was. Article of Evidence #1: My brother fell asleep on the ride home. Article of Evidence #2: I could turn down the volume on my radio to below 20 and still hear NPR…which as a 27 yo male I do enjoy from time to time. (dont judge me)

I mean, I “knew” that the ride before the “cupped” tires was quieter but it was surprising at how fast I adjusted to the noisy ride and made that my new normal.

Not only did I adjust to this new normal, but I literally forgot or just couldn’t recall how nice and quiet it was previously. Since I couldn’t remember just how peaceful new tires sounded, I had no real desire to get the tires replaced. In fact if circumstance/chance hadn’t met in the form of a suspected new problem I would never have gotten them replaced.[P.s. sometimes I’m lazy]

Of course, this made me think about old relationships. Old jobs. Really any situation where we get so engulfed in our lives that we literally forget how things were before this person/job/situation came around.

This used to hobble me in relationships. I tend to fall in love pretty rarely, and as a result when I do fall – its pretty bad. I mean roses, rainbows, horseshoes, and marshmallow balloons. In the past when I was in love, my life tended to contract to about the size of me and my significant other. I’d go all Ninja McGuyver with arts and crafts projects and construct poem books, little surprises when they awoke, bigger (on a budget) surprises at work et al, etc, and so on. Older me looks back at younger me with a little bit of shame and admittedly, some envy. Because of this tunnel vision, if the other person wanted to leave the relationship, although I’d try not to show it [Ice Cold!] – i’d panic inside, because I literally could not imagine my life without the other person. I’d basically forgot that there was a life before them. Or that it was enjoyable. One or the other, or both.

This was a problem for me in relationships until one day I over heard a friend of a friend say something. Something I know we’ve all heard in some iteration (either with a fist in the sky or a tear in the corner of their eye) – “I managed to live all this time without you and I’m sure I’ll be to continue after you” – I’d probably heard it a million times before but at the moment for whatever reason it finally made sense..and I was instantly able to understand and literally step back from making one of the bad decisions that I tended to excel at during college.

Today, I try to make sure that I don’t get so used to the status quo that I’m willing to sacrifice anything of value to me. Part of that is making sure that I maintain the correct perspective on things, which because life tends to be pretty consuming at times, can be difficult. Quiet time helps me. Prayer does too. So does writing.

What helps you? Make it a conscious part of your schedule 🙂

So..I finally caught the Fela! Broadway musical at the Atlanta Civic Center. And I have to say..it was amazing.

It made me think about a couple things.

1. Helped me to define what it means to be a whole person = “Someone who knows what he wants and goes after it. Whether he is a afraid or not.”

And I think the most important part of this sentence is the word “want”. These want’s that a person has, have to be or should be divorced (as much as they can be) from the definitions of happiness sold to us on a consistent basis from the time we wake up until we’re asleep. We’re told that a new (mercedes, house, girlfriend, toys, degree, etc) will finally give us the push we need to catapult us into permanent happiness. Dastardly lies.

Fela, and everyone that I have ever admired – were men and women who went after what they wanted, with no apologies. Who were willing to want what they wanted, even if the world thought it was silly, or juvenile, or plain dumb. Sometimes I think that the world can convince us that  our dreams are not worthy to be chased and that instead we should ascribe an external, more mature, more worldly point of view. I’m not with that.

Its a slow road for me because I tend to take responsibility for things/people that are not in the normal course for a 27 year old, because of my culture and where my family is. Responsibility (to Americans) sometimes feels like a paperweight on your dreams, but the older I get the more I recognize that I need to look at them differently. That I need to appreciate them and look at them more as roots that are stabilizing me in order to ensure that I as I rise I wont topple. 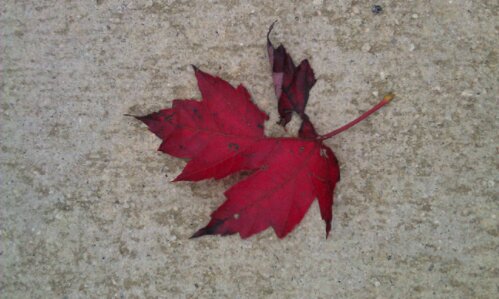 I love running in the fall in Ga.

Love given too easily isn’t valued.

I wonder where my gut-image of who God is came from?

So I just came upon this group – Fly.Union.
Been bumping them preeetty steady.

Just fell in love with this new film-maker: Nikyatu Jusu. A Nigerian up-an-coming filmaker. In this film she catches the feeling of growing up in a nigerian household and the different forces that pull on you perfectly.

All her films feel raw. real.